Project Summary:
The gene pool of cultivated bread wheat is very narrow relative to its wild relatives and related species.  This tertiary genepool represents a large reservoir of agronomically important genes that can be used in wheat improvement.  Gene transfer from distantly related species of the tertiary gene pool to wheat cannot be achieved easily by homologous recombination because the Ph1 gene on chromosome arm 5BL allows only homologous chromosomes to pair and recombine (Sears and Okamoto, 1958).  The deletion of the Ph1 gene in the mutant stock, ph1b (Sears, 1977) permits homoeologous wheat chromosomes as well as chromosomes of wild relatives to pair and recombine.  However, ph1b-induced recombination is extremely low and usually restricted to distal chromosome regions (Qi et al. 2007). 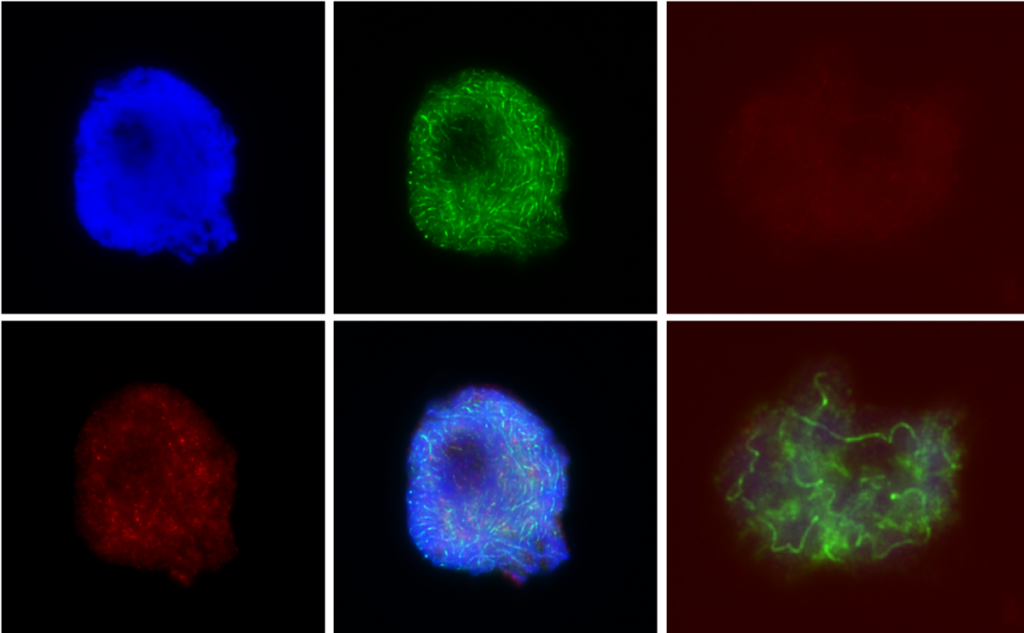 We have identified homoeologous pairing promotor gene(s) (Hpp-5Mg) located in proximal regions of the short and/or long arms of the Aegilops geniculata chromosome 5Mg that drastically increases ph1b-induced homoeologous recombination between wheat chromosomes and the chromosomes of wild relatives by up to 50 times (Koo et al. 2017; Gill et al. 2017).  For more efficient and rapid gene transfer, we have isolated ‘super-chromosome’ stocks that consists of the proximal regions of the 5Mgshort and long arms harboring Hpp-5Mg, with the remaining part of the long arm is derived from wheat chromosome 5B and harboring the ph1b mutation.  This efficient genetic system has potential to drastically accelerate the transfer of genetic diversity from wild relatives into wheat.